How Tom Holland in ‘Uncharted’ shifts gaming IP in Hollywood 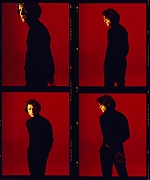 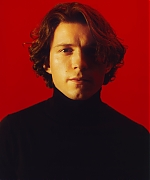 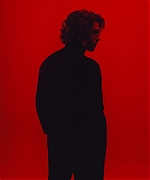 LA TIMES – If “Uncharted,” mired in development delays for the better part of a decade, becomes a global film franchise for Sony Pictures, the love Tom Holland has for the PlayStation video game console will become the stuff of legend.

It was on the PlayStation, between takes on 2017’s “Spider-Man: Homecoming,” that Holland immersed himself in the world of “Uncharted” — and accelerated his desire to portray a globe-trotting adventurer such as Indiana Jones or James Bond. “Uncharted” even led him to try his hand at pitching a Bond story.

But more on that in a moment.

Before video game studio Naughty Dog was known for its linear, story-driven narratives “Uncharted” and “The Last of Us,” two properties being adapted for film and television, it was a production house home to more lighthearted fare, particularly the run-and-jump series “Jak and Daxter.” Holland cites “Jak and Daxter” as one of his first video game crushes and talks about meeting Naughty Dog’s Neil Druckmann the way other actors gush over meeting a legendary director.

“He actually worked on ‘Jak and Daxter,’ which is one of my favorite games. I loved that game as a kid,” Holland says of Druckmann, who started as an intern at Naughty Dog and worked as a programmer, designer, writer, creative director and vice president at the Santa Monica studio before he was promoted to co-president in 2020.

“We were big gamers as kids,” Holland says of himself and his three brothers. “Our parents were always quite strict. We weren’t allowed to play video games on a school night. So I do remember waking up early on a Saturday morning trying to beat my brothers downstairs so I could get to the PlayStation first.”

In 2022, video games appear to be the next big intellectual property arena for movie studios and streaming services. “Uncharted” comes shortly after L.A. studio Riot Games had a hit with Netflix’s adult animation series “Arcane,” weeks before a “Sonic the Hedgehog” sequel and “Halo” series for Paramount+, and months before HBO, with Druckmann’s heavy involvement, launches a series based on the somber, traumatic, zombie-inspired game “The Last of Us.”

Read more at the source!