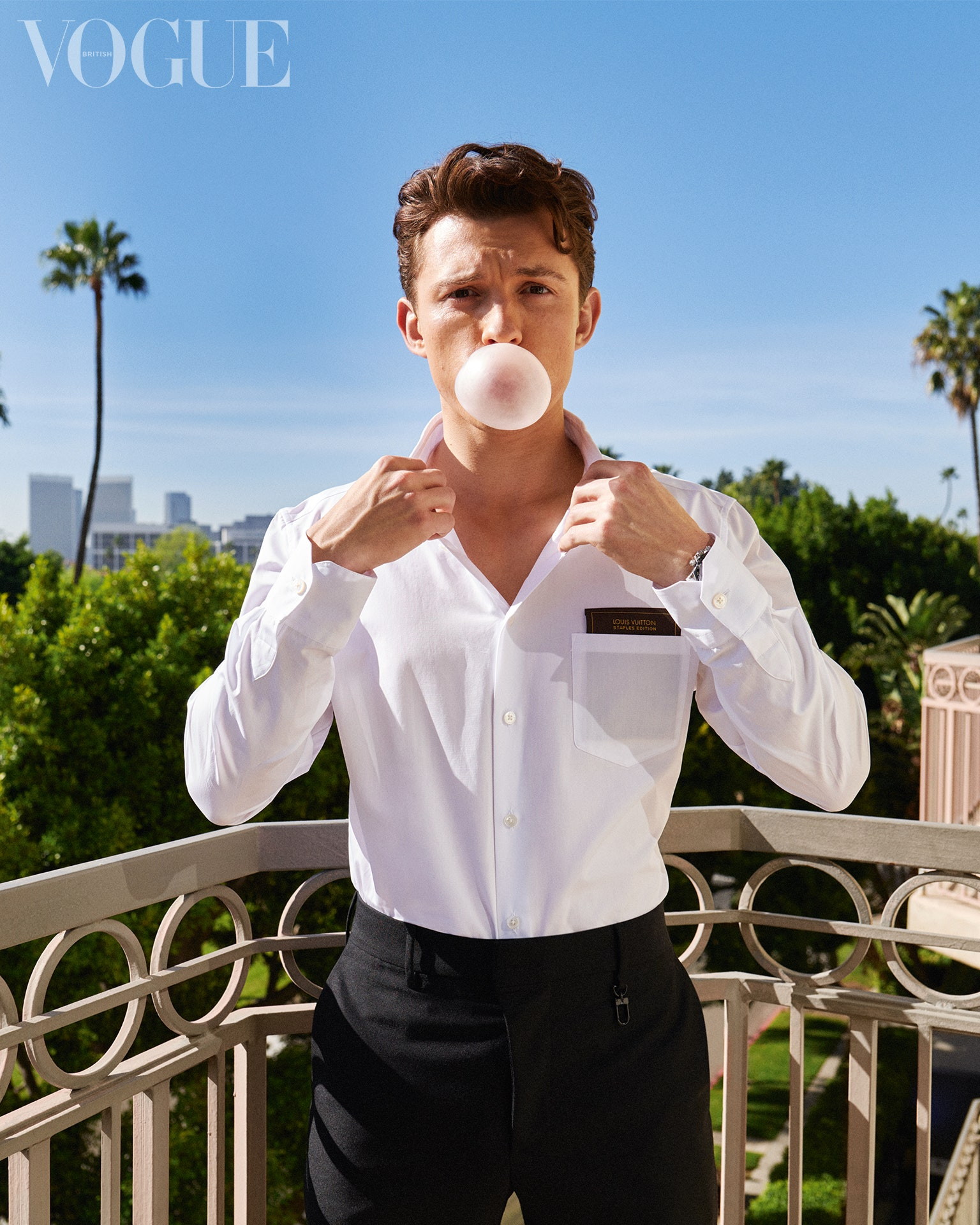 Tom is featured in British Vogue’s 2021 Hollywood Portfolio for his role in Cherry. He looks so handsome!

BRITISH VOGUE – In a time like no other comes an awards season filled with drama – though not all of it the welcome sort. Uncertainty hovers over the film industry, release schedules continue to wobble, and the look and feel of the imminent BAFTA and Oscar nights – pushed back to April this year – remain in soft focus. And then there are our frequently shuttered cinemas. It’s so hard not to miss them, isn’t it? Friday night, lights going down, the hot new film, a buzz in the air – and then, wonder of wonders, it turns out the hype was spot on. Tears are stolen. Hearts are broken. Minds are changed.

Not that 2021 hasn’t brought its own markers of excellence. With streaming services putting out more traditional cinema fare, we have all come to appreciate the rise of the “phone dropper” – performances so electric, so important, that they have the power to wrest your gaze from the global drama unfolding on the tiny screen in your hand.

The best ones did not let it go. Frances McDormand as a woman lost and found on the fabled highways of America; Viola Davis as the “Mother of the Blues” making her first recordings as the world flits between loving and loathing her power; Steven Yeun as a young father risking it all on Arkansan soil; an unforgettable 24-minute single take of Vanessa Kirby set during a home birth; and 23 more exquisite, poignant and hilarious performances celebrated by Vogue.

The film industry is wounded badly, but its stories continue to nourish, heal and offer escape, even hope. So see them all, on whatever screen you can, while we wait for those cinema lights to fade to magic once again.

What is the best piece of advice you’ve ever received?

“It’s a trick that my first-ever director, Nick Evans, taught me, which is basically to turn your nerves into excitement. Throughout my career, whenever I’ve been nervous for something, I just kind of trick myself into thinking that I’m really excited, and it means that I enjoy everything so much more.”