Tom is featured in W Magazine’s annual Best Performances issue. Check out the photos in the gallery and read the interview below! 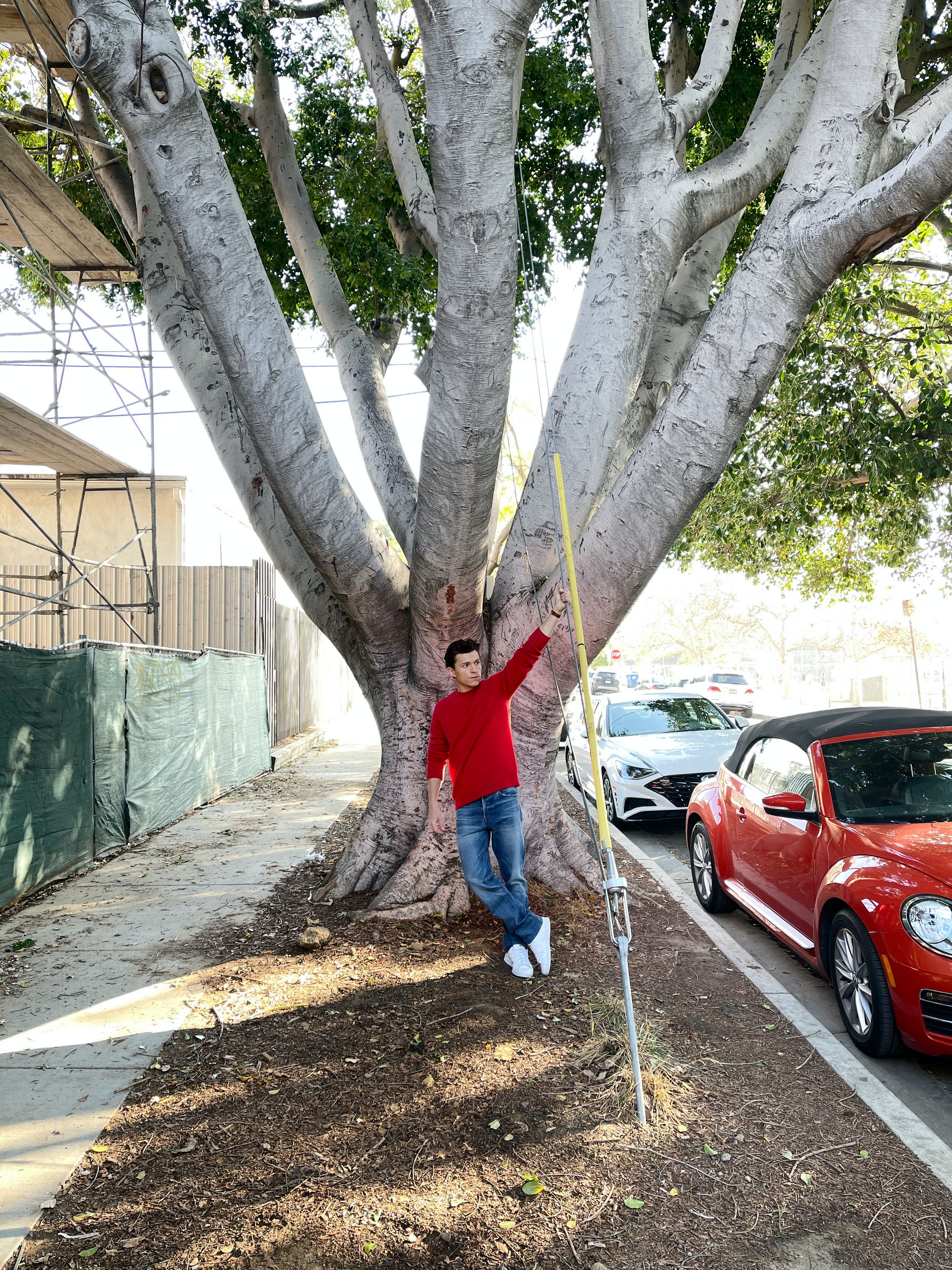 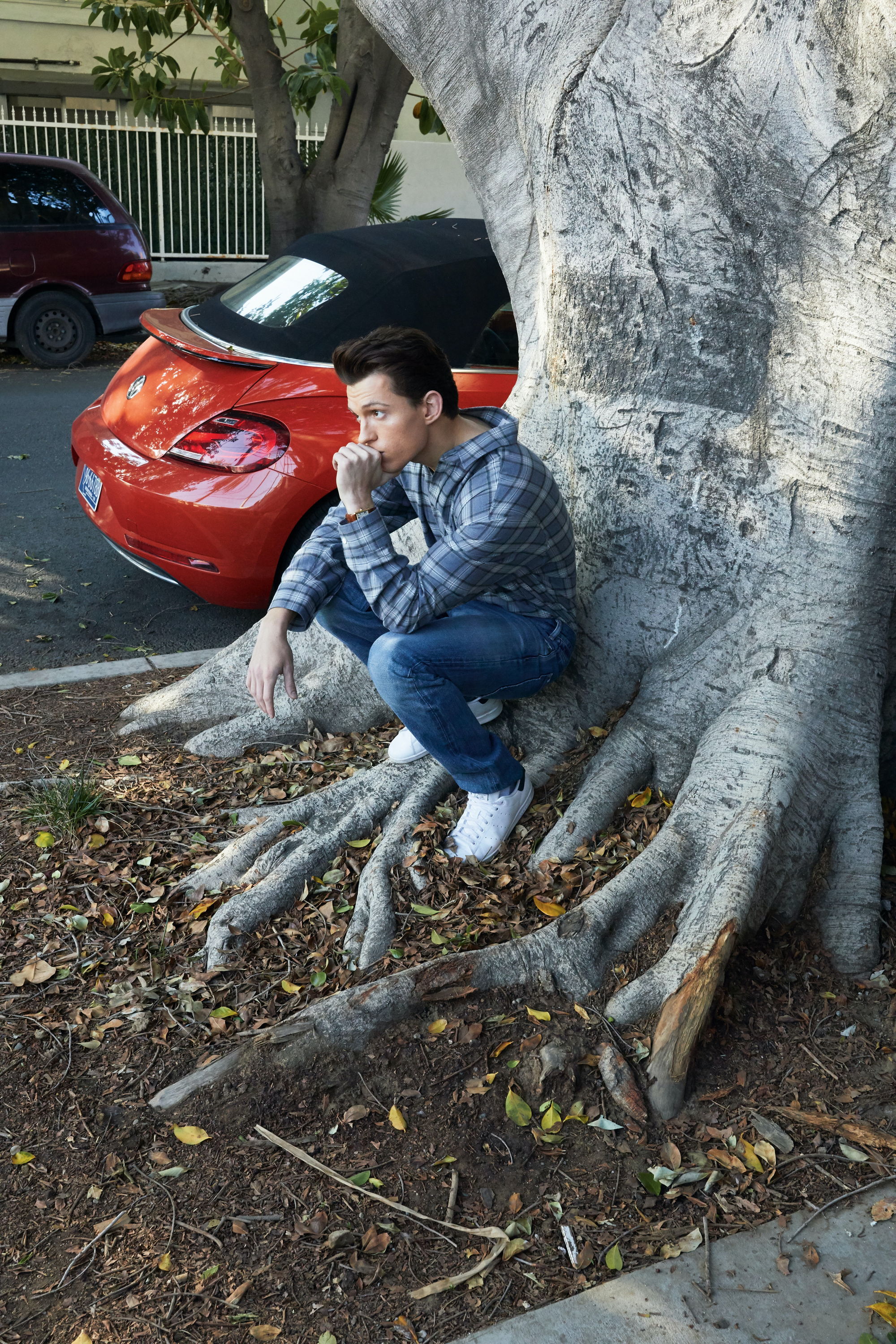 W MAGAZINE – Tom Holland had played Spider-Man in three different movies by the Russo brothers when the directors decided to change things up. For what would become the collaborators’ fourth film together, Cherry, the Russos proposed that Holland play a bank-robbing heroin addict. It was a break from the Marvel universe if ever there was one, and the 24-year-old seized his chance. For W’s annual Best Performances issue, Holland reflects on the evolution of his acting career.

What was the first thing you auditioned for?

When I was 8 or 9, I auditioned for every role in Romeo and Juliet, including Juliet, and I didn’t get a single part. When I was 11, I booked Billy Elliot; that was the first job I ever booked. I couldn’t dance, but trainers would come to my school and teach me at lunch. I was at a rugby school, so doing ballet in tights in the school gym wasn’t the coolest of things to do, but it paid off.

Early on, you played rugby. Do you still play?

No. Everyone grew and got really big, and I stayed really small. So I had to find a sport where I wasn’t getting battered all the time. Golf seemed like the most logical decision. I’ve probably been playing for about 10 years. I have more golf outfits than regular clothes.

What was the first movie that you booked?

The Impossible, which is a Juan Antonio Bayona film, and also the first audition I ever had for a film. It was an amazing experience. I got the chance to work with Ewan McGregor and Naomi Watts. That was the first time I realized that I could be an actor and it was something that I could do for the rest of my life. I immediately fell in love with the idea of making movies, and was so lucky that afterward people really responded to the film.

In Cherry, you play a lovelorn soldier who becomes a drug addict and robs banks to pay for his heroin. What was the hardest part of portraying this character?

Physically and mentally, the dope life portion of the film is the most demanding. It was really hard to bounce between different versions of my character.

How did you first get involved with the film?

It’s directed by the Russo brothers, whom I’ve obviously worked with many times before in the Marvel universe. They took me aside and told me they were doing this small independent feature. I was really touched that, of all the people they could have worked with, they wanted me to play the lead. They’ve changed my life in so many different ways and continue to look after me, so I owe a lot to the Russos.

What’s the key to doing an American accent? Yours is remarkable in Cherry.

Just hard work, really. I’m very lucky. My dialect coach, Rick Lipton, who goes by Pretty Ricky, is one of my best mates. We’ve been working together for years now—I think we’re coming up on our 10th or 12th movie together. We just put the work in, practice, practice, practice, and get it done.

Have you ever dreamed in English with an American accent?

Was your first kiss on set?

No, it was backstage at Victoria Palace, the theater for Billy Elliot. There were five of us playing truth or dare. It was a good time. I definitely fancied her.

Who was your first cinematic crush?

Emma Watson in Harry Potter and the Goblet of Fire. She wears this pink dress. That was mind-blowing for me.

Tom Holland on his darkest role yet, and why No Way Home could be his last Spider-Man film